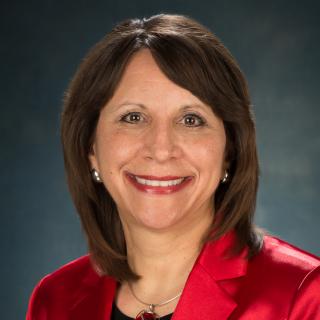 Dr. Melnyk is recognized nationally and globally for her expertise in evidence-based practice, mental health, intervention research and her innovative approaches to a wide range of health and well-being challenges. She is both a pediatric nurse practitioner with an adolescent specialty and a psychiatric mental health nurse practitioner. Melnyk has received numerous national and international awards, including being recognized as an Edge Runner three times by the American Academy of Nursing for her cutting-edge evidence-based programs and national initiatives and the Lifetime Achievement Award from the National Organization of Nurse Practitioner Faculties. She recently received an honorary Doctor of Science degree from the State University of New York and served terms on the United States Preventive Services Task Force, the NIH/NINR National Advisory Council for Nursing Research and the National Quality Forum’s Behavioral Health Standing Committee. Dr. Melnyk is founder and current president of the National Consortium for Building Healthy Academic Communities, a member of the National Academy of Medicine’s Action Collaborative on Clinician Well-being and Resilience, is an elected executive board member for the National Forum for Heart Disease and Stroke Prevention, and recently served on the National Academies of Sciences, Engineering, and Medicine Promoting Emotional Well-Being and Resilience in Children and Adolescents Expert Panel. She has 490 publications, is an editor of seven books, has received $36 million in grant funding as PI from federal agencies including NIH and foundations, and is editor-in-chief of the top ranked journal, Worldviews on Evidence-based Nursing. Melnyk is an elected member of the National Academy of Medicine, the American Academy of Nursing, the National Academies of Practice and the American Association of Nurse Practitioners.

In her role as chief wellness officer and vice president for health promotion at The Ohio State University, the first at an institution of higher learning in the country, Dr. Melnyk spearheads the building and sustaining of a wellness culture that supports healthy lifestyle behaviors and improved population health and well-being outcomes using an evidence-based quality improvement model that targets the grass roots of the organization through top leadership. This comprehensive model has been highlighted as an exemplar by the National Academy of Medicine’s Action Collaborative on Clinician Well-being and Resilience.