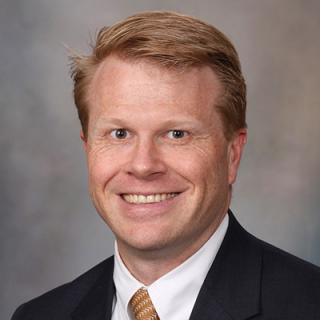 Shanafelt returned to Seattle to perform his residency in internal medicine at the University of Washington, where he received the Outstanding Resident Educator award. He later went on to a Hematology/Oncology Fellowship at Mayo Clinic, where he received both the Mayo Brothers Distinguished Fellow Award and the Summerskill award for outstanding scientific research. He spent the first 12 years of his career at the Mayo Clinic, where he served a three-year term as the president of the Mayo Clinic Voting Staff from 2013- 2016. In 2017, Shanafelt moved to Stanford, where he is a professor of medicine as well as the chief wellness officer of Stanford Medicine and associate dean at the Stanford School of Medicine.

Clinically, Shanafelt’s focus is caring for patients with chronic lymphocytic leukemia (CLL). He is a member of the National Cancer Institute (NCI) Leukemia Steering Committee and is currently the principal investigator (PI) on two R01 grants from the NCI. He has been the PI on numerous clinical trials testing new treatments for patients with CLL. Shanafelt is also involved in designing and conducting CLL trials for the Eastern Cooperative Oncology Group (ECOG) and is the PI on the Phase 3 North American Intergroup E1912 trial comparing FCR to Ibrutinib-Rituximab based therapy for previously untreated patients with CLL. He has published more than 300 peer review manuscripts and commentaries in addition to over 100 abstracts and book chapters.

In addition to his leukemia research, Shanafelt is an international thought leader and researcher in physician well-being and its implications for quality of care. Shanafelt is the Director of the Stanford WellMD Center and previously served as the founding director of the Mayo Clinic Department of Medicine Program on Physician Well-being. His research in this area has involved physicians at all stages of their career from medical school to practice and includes several multi-center and national studies. He has published widely on this topic, including numerous works in the JCO, Annals of Internal Medicine and JAMA and has served as a keynote speaker to the ACGME, AAMC, AMA and ABIM on this topic. His studies in this area have also been cited by CNN, USA Today, Paul Harvey’s radio broadcast and The New York Times.